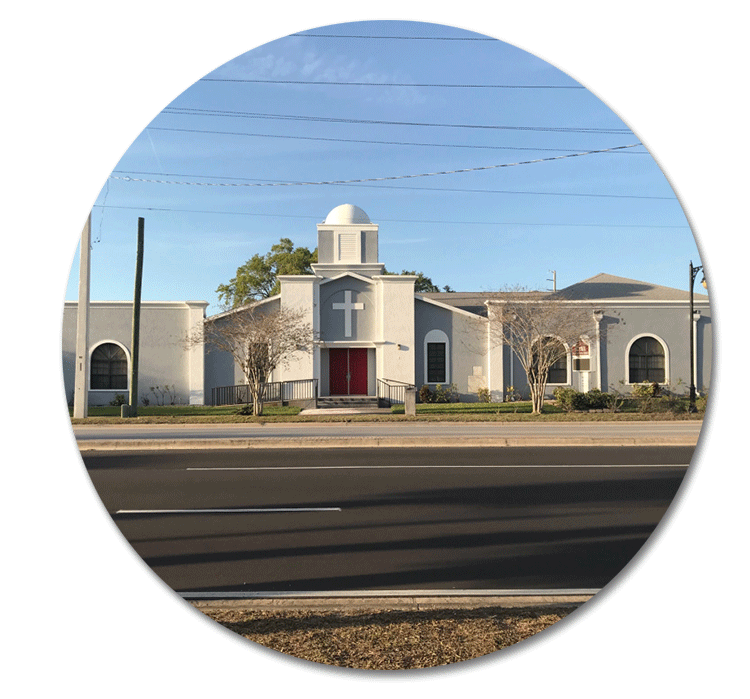 If you've been looking for a church to call home, we would love to have you join us!

We are a community minded, local group of committed, bible believing people who love one another with the love of Christ.

Our Statement of Faith

We the members of St. Paul are in full agreement with the seven essentials of the Christian faith:
1. The Trinity
2. The death and humanity of Christ
3. The ‘spiritual lostness’ of the human race
4. The substitutionary atonement and bodily resurrection of Jesus the Christ
5. Salvation by faith alone in Christ alone
6. The physical return of Christ
7. The authority and inerrancy of the Scriptures

Our Church Vision Statement
St. Paul Missionary Baptist Church exists for the purpose of bringing souls to Christ through Evangelism using the Principles of Servant Leadership.

Over a century ago in the year of Our Lord 1886, the visionary Rev. J. W. Rosier gave leadership to a group of worshippers that became known as the St. Paul Missionary Baptist Church.

In 1955, Rev. Royster was again called, and new property was purchased by the church. He remained until his demise in 1959.  In 1960, the fund for the new building was started under the leadership of Pastor Leon H. King.  In 1963, the new building construction began during the pastorate of Rev. H. H. Robinson. The church family moved in the new facility on September 27, 1964. Rev. Robinson resigned in 1965 and Rev. W. W. Woods was called in that same year. Rev. Harold E. Byrd, Sr. followed Rev. Woods and served briefly in 1967.

In January 1968, Rev. Herschell V. Palmer was called to St. Paul and remained until 1972 when Rev. H. E. Byrd returned to pastor. The educational building was added and the fellowship hall was enlarged during his tenure.

Rev. Thomas Spencer served as interim pastor from 1988-1989. Rev. Louis Carr became pastor in 1989 and served until 2001. During his pastorate, the building fund for expansion and renovation of the existing fellowship hall and edifice grew in financial blessings from the members and other generous community donors.

From November 2001 until February 21, 2002, Rev. James Roberts served as interim pastor. He was called as pastor on February 22, 2002. Under his leadership, the building was again renovated beginning in 2007 and completed in 2008.  On October 1, 20ll St. Paul’s member Deaconess Florence Rhodes Lawrence celebrated her 100th Birthday, an awesome blessing indeed. In 2011, the equipping of the building with a state of the art media and sound system was completed.  A Digital Marquee provides information and beauty to the facade, along with the beautiful landscape.  Administrative Clerk /Deaconess Lorine Brown retired after 43 years of God blessed services (Nov. 3, 1968 – Dec. 31, 2011).  Sister Michelle N. Grimsley  began her tenure as Church Clerk and Financial Secretary March, 2012.

In the Spring of 2012 St. Paul acquired three additional lots to the present site.  The paving project  for the parking lot was a  welcomed addition.  The additions to the St. Paul Missionary Baptist Church are twentieth century picturesque updates for the Northeast corner between 5th and 6th Street East where St. Paul is located.

In 2012, the St Paul  Women of Faith Book Club was implemented as an evangelistic outreach of the Deaconess Ministry.  The purpose of the book club is to support the spiritual growth of women who may or may not be members of St. Paul.  The Women of Faith Book Club embraces Christian virtues that are strengthened through the bonds of love and unity.

St. Paul has continued to grow spiritually as a beacon of light in this community as is evidenced by the church’s original mission, “Evangelizing through ministry, teaching to observe all things for the perfecting of the saints to do the work of the ministry.”